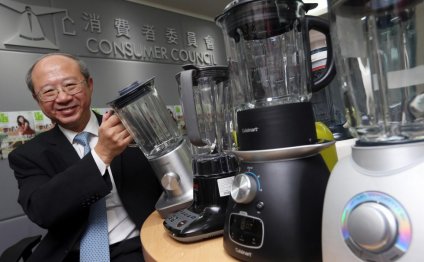 Here’s what many of us do wrong when taking BP, and how to get it right:

The most common error when using indirect blood pressure measuring equipment is using an incorrectly sized cuff. A BP cuff that is too large will give falsely low readings, while an overly small cuff will provide readings that are falsely high. The American Heart Association (AHA) publishes guidelines for blood pressure measurement, [2] recommending that the bladder length and width (the inflatable portion of the cuff) should be 80 percent and 40 percent respectively, of arm circumference. Most practitioners find measuring bladder and arm circumference to be overly time consuming, so they don’t do it.

The most practical way to quickly and properly size a BP cuff is to pick a cuff that covers two-thirds of the distance between your patient’s elbow and shoulder. Carrying at least three cuff sizes (large adult, regular adult, and pediatric) will fit the majority of the adult population. Multiple smaller sizes are needed if you frequently treat pediatric patients.

Korotkoff sounds are the noises heard through a stethoscope during cuff deflation. They occur in 5 phases:

The second most common error in BP measurement is incorrect limb position. To accurately assess blood flow in an extremity, influences of gravity must be eliminated.

The standard reference level for measurement of blood pressure by any technique (direct or indirect) is at the level of the heart. When using a cuff, the arm (or leg) where the cuff is applied must be at mid-heart level. Measuring BP in an extremity positioned above heart level will provide a falsely low BP whereas falsely high readings will be obtained whenever a limb is positioned below heart level. Errors can be significant — typically 2 mmHg for each inch the extremity is above or below heart level.

A seated upright position provides the most accurate blood pressure, as long as the arm in which the pressure is taken remains at the patient’s side. Patients lying on their side, or in other positions, can pose problems for accurate pressure measurement. To correctly assess BP in a side lying patient, hold the BP cuff extremity at mid heart level while taking the pressure. In seated patients, be certain to leave the arm at the patient’s side.

Arterial pressure transducers are subject to similar inaccuracies when the transducer is not positioned at mid-heart level. This location, referred to as the phlebostatic axis, is located at the intersection of the fourth intercostal space and mid-chest level (halfway between the anterior and posterior chest surfaces.

Note that the mid-axillary line is often not at mid-chest level in patients with kyphosis or COPD, and therefore should not be used as a landmark. Incorrect leveling is the primary source of error in direct pressure measurement with each inch the transducer is misleveled causing a 1.86 mmHg measurement error. When above the phlebostatic axis, reported values will be lower than actual; when below the phlebostatic axis, reported values will be higher than actual.

The standard for blood pressure cuff placement is the upper arm using a cuff on bare skin with a stethoscope placed at the elbow fold over the brachial artery.

The patient should be sitting, with the arm supported at mid heart level, legs uncrossed, and not talking. Measurements can be made at other locations such as the wrist, fingers, feet, and calves but will produce varied readings depending on distance from the heart.

The mean pressure, interestingly, varies little between the aorta and peripheral arteries, while the systolic pressure increases and the diastolic decreases in the more distal vessels.

Crossing the legs increases systolic blood pressure by 2 to 8 mmHg. About 20 percent of the population has differences of more than 10 mmHg pressure between the right and left arms. In cases where significant differences are observed, treatment decisions should be based on the higher of the two pressures.

Prejudice for normal readings significantly contributes to inaccuracies in blood pressure measurement. No doubt, you’d be suspicious if a fellow EMT reported blood pressures of 120/80 on three patients in a row. As creatures of habit, human beings expect to hear sounds at certain times and when extraneous interference makes a blood pressure difficult to obtain, there is considerable tendency to “hear” a normal blood pressure.

There are circumstances when BP measurement is simply not possible. For many years, trauma resuscitation guidelines taught that rough estimates of systolic BP (SBP) could be made by assessing pulses. Presence of a radial pulse was thought to correlate with an SBP of at least 80 mmHg, a femoral pulse with an SBP of at least 70, and a palpable carotid pulse with an SBP over 60. In recent years, vascular surgery and trauma studies have shown this method to be poorly predictive of actual blood pressure[3].

Noise is a factor that can also interfere with BP measurement. Many ALS units carry doppler units that measure blood flow with ultrasound waves. Doppler units amplify sound and are useful in high noise environments.

Monitor Your BP Anytime, Anywhere Do you feel dizzy when you are under the sun for quite a long time or you already know…