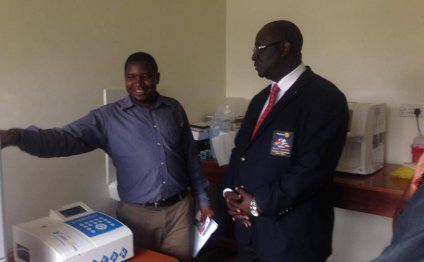 On average, researchers found, the readings were slightly inaccurate in up to 15 percent of patients. The readings were off by more than 10 mm Hg — a potentially significant difference in a blood pressure reading — in about 8 percent of cases.

There’s no way to know whether the inaccuracies are likely to mislead patients into seeking care when they don’t need it or not getting care when it’s required. It’s also not known if physicians would be able to detect that something is wrong with the readings because they’re different from those derived from more accurate machines at the doctor’s office.

“Home blood pressure machines should be tested against a reliable device, ” like one in a doctor’s office, said study co-author Dr. Swapnil Hiremath, a kidney specialist at The Ottawa Hospital and University of Ottawa in Canada. “I recommend my patients get one whenever possible, but now I get them checked out.”

Home blood-pressure monitors are widely available at drug stores and online. They’re often sold for as little as $25 or $30, said Dr. Willie Lawrence, chief of cardiology at Research Medical Center in Kansas City, Mo., and patients use them to track their blood pressure over time at home. This helps doctors monitor whether patients are suffering from high blood pressure or properly controlling it.

The monitors are common and “very valuable, ” said Lawrence, who pointed to research that’s shown home monitoring is beneficial and lowers rates of high blood pressure.

In the new study, Hiremath and colleagues looked at data from 210 patients — 60 percent men, with an average age of 67 — who brought their blood-pressure monitors to the doctor’s office.

“Our nurse, an RN, would measure blood pressure in both arms using the office blood pressure machine, ” he said. “Once it was confirmed that there was no difference between arms, measurements were taken in both arms simultaneously — one with the home machine, one with the office machine. Since the data we report is from measurements taken by the RN, this is not a case of patient error.”

The office machine was considered to be accurate.

On average, the systolic and diastolic blood pressure readings — the upper and lower numbers, respectively — were only a few points off in the home devices. Between 30 percent and 32 percent of the time, the blood pressure readings were off by 5mm Hg with the home devices. But the readings were off by more than 10mm Hg — a difference that could be significant — between 8 percent and 9 percent of the time.

Monitor Your BP Anytime, Anywhere Do you feel dizzy when you are under the sun for quite a long time or you already know…