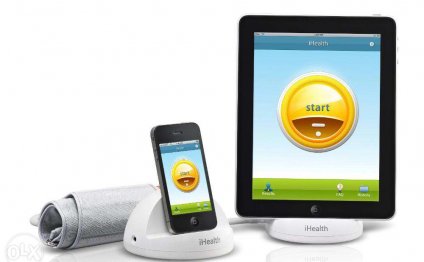 Cardiovascular monitoring is a standard procedure in critical care medicine. Traditionally invasive techniques like pulmonary artery catheter (PAC) and peripheral artery catheters are widely used [–]. A further possibility of cardiovascular monitoring is the PiCCO system. These techniques are well established and validated [–]. Besides the advantages of these invasive techniques for clinical decision-making, these methods both bear the risks of deleterious complications as e.g., bleeding, pneumothorax and infection; PAC is also associated with the risk of inducing pulmonary artery rupture [, ]. Furthermore, these systems are cost intensive. Nexfin HD is a continuous noninvasive blood pressure (BP) and cardiac output (CO) monitor (former called Modelflow, Finapress) . Its advantages are the noninvasive assessment and its very easy application within minutes . This device has been successfully used in healthy volunteers during orthostasis or for optimization of cardiac resynchronization therapy[, ]. To date, however, we still lack data regarding the applicability of this system in an intensive care unit (ICU) setting. The present study was designed to evaluate the Nexfin HD device under clinical conditions in a surgical ICU. Our hypothesis was that the Nexfin device produces results comparable to a standard invasive blood pressure monitoring system, i.e., PAC and arterial line. The acceptance of a new method should be judged against the ± 10-20% accuracy of the current reference method. Consequently, the limits of agreement between the new and the reference technique of ± 30% is considered acceptable .

Following approval by the local Ethics Committee which waived the need for written informed consent for this retrospective data analysis, patient data from a total of 10 patients treated on our intensive care unit in 2007 were analyzed.

The method of the Nexfin HD (BMEYE B.V, Amsterdam, Netherlands) is based on the development of the pulsatile unloading of the finger arterial walls using an inflatable finger cuff with a built-in photoelectric plethysmograph. While continuously measuring BP the monitor calculates CO. The method is described in detail by de Wilde and colleagues . The monitoring system is an approved medical device in Switzerland.

Data of ten critically ill patients in need of cardiovascular monitoring with PAC (Edwards life sciences Germany GMBH, Unterschleissheim, Germany) and invasive blood pressure measurement (Drägger monitoring systems, Carbamed, Bern, Switzerland) in which the Nexfin HD was additionally used during the stay in the ICU were collected. Hourly Nexfin HD measurements obtained during an 8 hour period were compared to arterial blood pressure values and CO, respectively. A total of 80 data points for blood pressure and CO were included.

Apart from PAC monitoring which was used in a standardized fashion [–], the Nexfin HD device was installed by applying a compact and simple cuff on the middle finger according to the manufacturers' recommendations. Signals derived from the cuff were analysed and presented in real time on the Nexfin HD stand alone device.

The results between the 2 methods were analyzed statistically using correlation and linear regression analysis, including calculation of bias and precision (Bland-Altman analysis) as well as calculation of the percentage error according to Critchley and Critchley (Statview 4.5, abacus concepts). Acceptance of a new technique should rely on limits of agreement of up to ± 30% . Data are presented as mean ± standard deviation.

The mean difference in MAP between the 2 methods was 2 ± 8 mmHg (2 SD were ± 16 mmHg and r2 = 0.67). This is in contrast to the results reported by Schattenkerk et al, who described a good correlation between the Nexfin HD and blood pressure measurements determined by the Riva-Rocchi/Korotkoff technique (RRK) . Methodological differences preclude a direct comparison of their patients with the presently investigated patients: Schattenkerk et al., compared 2 non-invasive techniques based on cuff measurement without including an invasive method and did not investigate critically ill patients in need of vasopressors.

A possible explanation for the observed difference between the 2 systems might be diminished arterial perfusion in the fingers of our subjects. However, based on the fact that for the same norepinephrine concentration noninvasive blood pressure was higher compared to the invasive blood pressure in approximately 50% of the investigated patients it appears that the finger plethysmography was not to associated with impaired perfusion.

Clinical and therapeutic decision making is weakened by the calculated standard deviation of ± 8 mmHg for the MAP determined by the Nexfin HD device. I.e., for a MAP 65 mmHg, the defined blood pressure target in septic patients , we must expect a real MAP of 57 or 73 mmHg. Consequently, the MAP is either too low or too high, thereby resulting in excessive or insufficient therapeutic interventions. This, in turn, might induce additional damage.