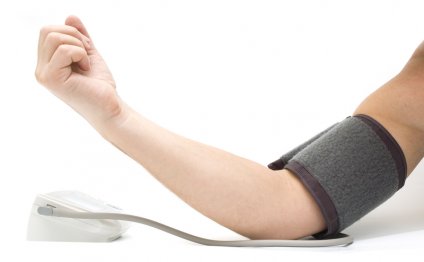 Connected home blood monitors are promising tools to help improve hypertension control in many patients. Soon, the data from these devices will be flowing into your EHR.

An article this week in Time Magazine, however, attempted to highlight some important considerations in the clinical use of these devices by discussing the results of a study testing several home blood pressure monitors. However, several errors in the piece highlight misconceptions about personal health devices that patients and clinicians need to know about.

The article describes an abstract to presented at the American Society of Nephrology’s Kidney Week next month in which Dr. Swapnil Hiremath found significant differences between home blood pressure devices being used by patients and in clinic measurements. In this study, they found nearly 10% of devices were off by more than 10 mm Hg in measuring the systolic; a similar number had the same issue with diastolic blood pressure. The article goes on,

Depending on the patient, those discrepancies could be enough to influence treatment decisions. Hiremath says he doesn’t know why so many of the readings are off, especially since all the machines are validated by FDA and Health Canada before they appear on the market. “Despite that, ” he says, “these errors are happening and we’re getting these variations in readings.”

And there’s the fundamental misconception – just because a medical device is on Amazon or in Walgreens does not mean the FDA actually tested the device. In fact, for blood pressure cuffs, they almost certainly didn’t.

Blood pressure cuffs, like those from iHealth or Qardio, are Class II devices and go through the 510(k) clearance process. That means that the company submits paperwork to the FDA showing that their device is substantially equivalent to a device already cleared or approved by the FDA. And that equivalency is based on the company’s own testing of their device and attesting that they adhere to certain manufacturing, quality, and performance standards.

Its for that reason that in our summary of available connected blood pressure cuffs and review of the more recently released Qardio cuff that we higlight whether the device has undergone independent third party testing.

There are two sets of standards – one from the European Society of Hypertension and the other from the Association for Advancement of Medical Instrumentation. Whether a device is validated can be determined in databases maintained by the dabl Educational Trust or the British Society of Hypertension. For example, the ANSI/AAMI/ISO 81060-2:2013, part II standard specifies that two trained blinded observers perform a series of measurements in 85 subjects with various requirements like having certain number of high/low range measurements and using specialized equipment. Its worth noting that in the abstract mentioned by the article, the protocol used does not appear to be modeled off of any existing validated/recommended testing protocols.

So while I’m somewhat skeptical about the accuracy of these findings, this article highlights a fundamental misconception held by patients and clinicians about many personal health devices. That a device is FDA cleared does not mean that the FDA tested & validated the device.

Chicago Cubs position players don t have to report to spring training for about another week, but young slugger Kyle Schwarber…