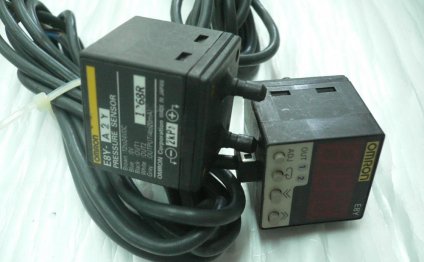 Kyoto, Japan — OMRON Corporation (TOKYO: 6645; ADR: OMRNY) today announced the release in January 2013, of an absolute pressure sensor1 capable of accurately detecting 50cm altitudinal variations through highly precise sensing of air pressure fluctuation. By fully exploiting the latest MEMS technology, one of Omron's core competencies, the company has developed an absolute pressure meter that, despite its subminiature dimensions, is among the world's most accurate and power efficient.

Through the integration of CMOS circuits and MEMS sensors, Omron has been able to create an absolute pressure sensor measuring only 3.8mmx3.8mmx0.92mm, making it suitable for installation in small mobile devices and other compact hardware. The sensor's power efficiency also makes it well-suited for use in battery-operated applications such as smartphones and activity monitors2. Installing the pressure sensors in activity monitors will make it possible to take into account the altitudinal variation involved in one's daily activities and exercise such as climbing up and down stairs or hills, etc. Installing the sensors in car navigation systems will make it possible, for example, to provide accurate navigation guidance inside multistory car parks and also enable such systems to distinguish between elevated roadways and the ground level roads beneath them. The sensors can also be used in building security applications to detect fluctuations in air pressure due to, for example, a door opening or a window breaking.

Omron also plans to release integrated CMOS-MEMS wafers to make it possible to install other sensors on the same board as the absolute pressure sensor.

Omron will be exhibiting its new MEMS absolute pressure sensor at the Micromachine/MEMS ROBOTECH 2012 exhibition at Tokyo Big Sight from July 11 (Wed) to July 13 (Fri).

Headquartered in Kyoto, Japan, OMRON Corporation is a global leader in the field of automation. Established in 1933, and headed by President Yoshihito Yamada, Omron has more than 36, 000 employees in over 35 countries working to provide products and services to customers in a variety of fields including industrial automation, electronic components, social systems, healthcare, and the environment. The company has regional head offices in Singapore (Asia Pacific), Beijing (Greater China), Amsterdam (Europe, Africa, and the Middle East), Chicago (the Americas), Gurgaon (India), and Sao Paulo (Brazil). For more information, visit OMRON's website at