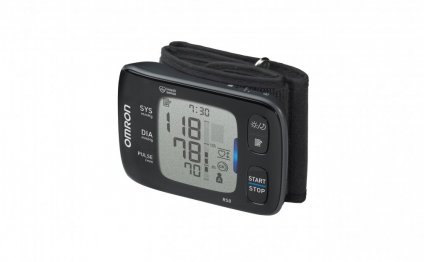 The traditional way of measuring blood pressure uses a cuff that goes on the upper arm. Recently, wrist monitors have been introduced that are much smaller and easier to use than arm monitors. They also have the advantage that the same cuff size can be used in fat and thin people, because the diameter of the wrist is affected little by obesity, in comparison with the upper arm.

This study shows that the Omron wrist monitor can give accurate measurements of blood pressure, even when it gives readings that differ from the conventional mercury sphygmomanometer. The main source of error with the wrist monitors is that the monitor has to be at the level of the heart when the reading is taken (which was not a problem with this study, because the patients were all lying flat when the readings were taken).

Where It Was Published