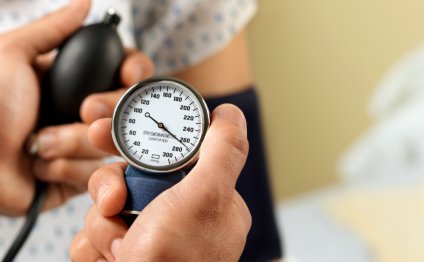 5.1 Clinical aspects of the alternatives to Hg sphygmomanometers

A wide variety of devices can be used to measure blood pressure and apart from the intensive care setting, the majority remain non-invasive and include non-automated auscultatory devices ( aneroid, non-mercury auscultatory), semi-automated and automated devices (that can be used either at the upper arm, wrist or finger). The alternatives to Hg sphygmomanometers have hugely different levels of reliability.

Aneroid devices – These devices are mercury free, commonly used in clinical practice, and require auscultation to determine blood pressure. They consist of a system of bellows and gears that expand to display pressure using a gauge needle and a pressure display. These devices are easily susceptible to damage and drift of the cuff pressure measurement (Waugh et al. 2002) particularly if they are portable (Bailey et al. 1991) and this leads to inaccurate measurements. A recent study in a primary care setting (in the United Kingdom) has shown that more than 50 percent of aneroid devices had a cuff pressure measurement error >3mmHg compared to only 8 percent of mercury and automated devices combined (Coleman et al. 2005). This is consistent with previous literature. It is therefore recommended that these devices undergo a metrological check at least annually, although the implementation of this recommendation appears unlikely especially in primary care (Rouse and Marshall 2001). The number of erroneous readings obtained with aneroid devices is likely to be significant. Improvements in the technology to prevent measurement error may lead to a suitable and accurate alternative to the mercury sphygmomanometer. The use of harmonized ISO/CEN standards will promote further improvement of these devices.
ELECTRONIC non-mercury auscultatory devices: As an auscultatory alternative, electronic devices use a pressure sensor and a digital display (numerical, circular/linear bar graph). Models such as the Accoson Greenlight 300 (Graves et al. 2004), PMS Mandhaus (Wilton et al. 2006) and Nissei DM-3000 (British Hypertension Society, 2006) have been introduced, all of which have received clinical recommendation following an independent accuracy assessment. As the pressure transducers used within these systems are less prone to measurement error than the bellows in aneroid devices, these auscultatory devices can be assumed to be more reliable if used by a trained observer.

How To Use The Accu-Chek® Active Blood Glucose Meter System

Used Resperate Ultra is a portable device used to ...

Here are the tools: A Stethoscope and a Sphygmomanometer. Make sure you place the round end of the stethoscope under the…

Between the 1st and 2nd century (Common Era) Galen , a Roman physician, was the first to write about the human heart, saying…