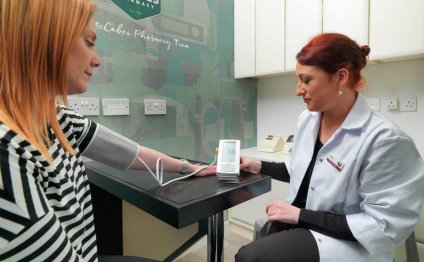 Now a new system recommended by the National Institute for Health and Clinical Excellence (NICE) in the U.K. would help eliminate such misdiagnoses by requiring follow-up testing at home.

Nearly a quarter of patients who are diagnosed with high blood pressure are actually suffering from white coat hypertension, according to the BBC’s report. For most people, blood pressure should be around 120/80 mmHg; a reading of 140/80 mmHg or higher is considered hypertension (anything in between is pre-hypertension.)

Hypertension is a strong risk factor for heart attack and stroke, so it’s important to diagnose it accurately in order to help those with high blood pressure find ways to lower their readings and hopefully avoid heart disease and stroke. Under the NICE system, already used by an estimated 10% of U.K. doctors surveyed, patients who have blood pressure of 140/90 mmHg or higher in a clinical setting take home a mobile blood pressure monitor and take another reading on their own. The device consists of a padded measuring tool that is wrapped around the patient’s arm and a monitor clipped to the waist, which then measures blood pressure in half-hour intervals for 24 hours, giving a fuller and more accurate reading of whether or not hypertension is a problem.

“This research shows that ambulatory blood pressure monitoring at the time of diagnosis of high blood pressure would allow better targeting of treatment and is cost-saving, ” one author of the paper, Professor Richard McManus of the University of Birmingham, told the BBC. “Ambulatory monitoring is already available in some general practices and we have shown that its widespread use would be better for both patients and the clinicians looking after them.”

The testing was conducted with British patients only and is recommended by a British organization. As NPR reports, for now, the U.S. recommendation is for the tried-and-true doctor’s office diagnosis:

The United States doesn’t have one organization setting health standards, like the British. Gaziano says that the various boards will no doubt be considering expanding use of ambulatory monitoring, given the British decision.

The at-home system has the added benefit of saving on health care costs: the BBC reported that experts project a yearly savings of 10.5 million pounds or about $17 million.