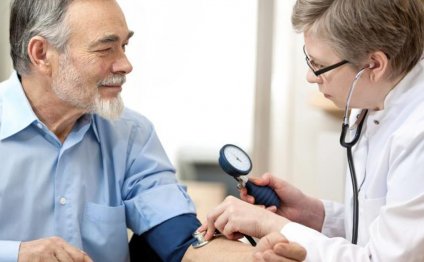 An odd thing is that I don't seem to know how to breathe correctly. Some of that has to do with how posture affects breathing. Sitting is something that most of us spend a great deal of time doing and, just like when you stand a long time, your posture sort of collapses and the weight of your upper body pushes down on your diaphragm and restricts your breathing.

Here's proof: You're probably sitting right now so just push back your shoulders and push out your chest a little bit and I guarantee that you will notice how much better it feels. We all know we're supposed to have good posture, it's just not so easy.

I already knew from all the previous BP tests I've done at home that my breathing affects my blood pressure a whole bunch. And I knew that when I run my breathing is really inefficient and I can start gasping for air, which actually causes me to panic a little and makes me start gasping even more.

So I deduced that I should learn how to improve my breathing while running, and I was pretty sure that if I could see my BP while running I could find a breathing rate that worked better than what I'd been doing - put another way, if I could get my BP consistently lower and more steady from lap to lap, it would mean that the breathing rate I was using was a good one for me.

My technique was simple. I would run one or more laps paying particular attention to my breathing. After the lap(s) I would stop running and take a blood pressure reading. Then I'd make some quick notes and record the blood pressure and pulse. After some initial readings I would take another after making the notes. The second reading was to check my recovery rate. Then I was off and running again.

The ReliOn BP monitor that I use can take readings while I'm running, but they are not as reliable as stationary readings because my arm would move around and the device is very sensitive so my flailing arm would throw off the reading. So be advised that the most dependable readings will come when you stop running to do the test.

Having said that, if you need a blood pressure unit for home use these portable units are much easier to use and don't clutter up your desk the way a cuff, hose, and readout unit does.

I was very sick 14 months ago, and 10 months ago I started running what I hoped would eventually become a reasonably long distance. At first I walked. Then I worked up to running a slow lap followed by a walking lap, and I'd do that maybe two or three times per day. Finally I worked up to running one mile, but It took several months and the speed was nothing to write home about.

I named running one-mile my distance day, and I did one-mile for about two months. Then I started adding a half-lap and then one lap each week. For a long time a 12 minute mile was the best I could do. During my most recent run of four miles, I completed the fourth mile in 9:57. That was my fastest mile ever, and it came two weeks after I began the on-the-fly blood pressure testing.

If you are a runner you have probably wondered what happens to your blood pressure while running. Below are my numbers.

The time span between the first and most recent distance day was two weeks, but in between those two laps were 50 or so laps complete with BP numbers and notes. The above two sets of numbers pretty much sum up the trend, which was mostly steadily downward. I think it shows how quickly being able to see my BP has helped me to improve my breathing; and then the improved breathing helped to lower my on-the-fly blood pressure.

Using blood pressure to find and fix the problem

Turns out that while running I would breathe fast and shallow. So I was pretty much hyperventilating, which I came to learn depletes the lungs, then the blood, then the cells, and then the brain of carbon dioxide, which has the bad action of making me feel like I'm going to pass out.

Next, because I felt like I was in trouble, I'd breathe faster, but still shallow, and that just made things worse. Before long it would catch up with me and I had to - and I do mean had to - take several huge deep breaths and exhale long and hard. That was instructive because I realized it wasn't voluntary, my body forced me to breathe that way and it had the effect of slowing down my respiration. At the same time I'd also straighten up the same way I talked about earlier in the part about pushing your shoulders back and your chest up. When I did those thing I'd feel a big sense of relief until I again fell into the messed up breathing pattern and hyperventilating.

Now in hindsight, thanks to a lot of reading I was doing about breathing, I realize that when I was running I was both starving for new air and starting to get poisoned by the loss of CO2 that causes blood vessel constriction in the brain and depletes it of even more oxygen, which is a real no-win cycle.

The most interesting part is what I've been describing is how I had always breathed when running or exerting myself. I just didn't realize what was happening, but even as a little kid I had the same gasping and feeling faint issues.

Improper breathing while running (I'm sure it applies to biking, dancing, weight lifting, even walking, climbing stairs, and any cardio) not only ruins your endurance, but there are lots of other issues it can cause besides making you feel crummy.

Below are symptoms of carbon dioxide poisoning that I found in the article "Carbon Dioxide Poisoning" by Debopriya Bose. These are similar to what I was experiencing while running, and I'd add that I believe I make the same breathing mistakes when I train with heavy weights that allow only a few repetitions before failure.

See if you ever experience any of these when running or working out. And if you do, just try to concentrate of your breathing during your next run or workout.

As the severity increases, the following carbon dioxide poisoning symptoms may be experienced:

What I learned about blood pressure and breathing

I think the best thing I learned is that I all I need to do is allow myself to breathe normally and let my body adjust my breathing to the load that it is experiencing, because it will do so and control my breathing for me. In turn that keeps my blood pressure more steady because I'm not gasping and worrying that I'm going to fall over.

Furthermore, the more I train and breathe correctly, the more efficient I should become and so any cardio should just get easier.

The Best Way to Lower Blood Pressure During Exercise